Microsoft is out-doing themselves by offering the services and features that other companies are not able to offer.

For years, Microsoft and Mackintosh have been the foreground runners for computers and PCs, with Macs taking the lead in the graphic and design industry whereas Microsoft found itself leading the pack of gamers. However, all of that is about to change as Microsoft is releasing better and more competitive upgrades to their hardware and software.

Microsoft continues to be more flexible than Macs

Perhaps one of the winning features of Microsoft is how flexible they are when compared to Mackintosh that gatekeeps every application developed for their platform. While you will be able to get many professional software such as Adobe and the like, Mackintosh is more about monopoly and have also debuted their own video editing software along with other design related software, including music production software, in an attempt to further expand their reach. Because of this, you will be hard pressed to find a wide selection of employee monitoring software which is built specifically for Mac users. However, Mac has more or less remedied this problem by making sure their OS is compatible with Windows.

On top of that, you cannot upgrade Macs aside from their memory or hard drive. With Microsoft PCs, you can change everything from motherboard to graphics card. It’s fully customizable and with so many hardware options for different price points, it’s much more consumer friendly as people can find what they need and can afford. When it comes to Macs, it’s become increasingly expensive while their innovation has more or less become stagnant.

Microsoft’s innovation leading the way to a brighter future

Back in June, Microsoft announced that they will be releasing Windows 11 and many new upgrades that come with it. In light of the way that people are all working from home and require a more intuitive method of working, Microsoft will be integrating a new feature in their products which can allow users to undock their computer or laptop which is connected to an external monitor with improved ease. This functionality will give users more convenience.

On top of that, Microsoft is working out various solutions to offer more ease in the work from home culture. For instance, they will be integrating their Team chat software into their software, enhancing workplace communication, something that will take down their competition with Slack Technologies INC.

Apple has been slacking in that regard and haven’t been offering the kind of innovation that they have become known for. According to the late Steve Jobs who foresaw this demise, Apple will follow in the footsteps of once notable companies such as Xerox and IBM if Apple “got away from the innovation that made them so successful in the first place.”

An underutilized segment on Windows is their Window’s Store. While there are certain applications that are built for Windows use, they aren’t exactly popular with the masses. Internet Explorer, anyone? A web browser that is used just so that users can download a faster and more reliable web browser. In recent years, Internet Explorer has been rebranded and also boasts much faster loading times, and the Microsoft team is confident that new applications will rise to prominence once they open the gates to their Window’s Store.

According to Satya Nadella, Microsoft’s chief executive officer, “Windows has always stood for sovereignty for creators and agency for consumers.” Truly, Microsoft Corp showed the world when it unveiled Windows 11 which will directly challenge the way that existing business models work.

Apple Inc’s App Store charges developers 30% to sell apps through the app store and even Alphabet Inc’s Google Play Store also charges a 15-30% fee for in-app purchases. Windows will be doing away with these fees and commissions by giving them free reign on using their own in-app payment systems and allow users to run applications on both laptops and PCs. This was made feasible through a joint partnership with Amazon.com and Intel Corp.

Microsoft is truly monetizing their platform by offering developers this freedom to build and sell through their app store. Aside from giving developers the platform to expand their horizons and also offering them a free marketplace in which to sell their products on, Microsoft has also taken into consideration the new age of marketers in the form of content creators. Local news outlets, streamers, video hosts, and other forms or influencers on social media and the internet will be able to receive tips directly through Microsoft.

Content creators will be able to receive tips via cash donations or be gifted Microsoft points. In the built-in bar with weather and local news, you will also see local content creators and be given the option to contribute any monetary gift.

Microsoft delivering what Mac will not

As with their age-old rivalry, Microsoft is out-doing themselves again by offering the services and features that other companies are not able to offer. Their willingness to adapt to the current landscape of the world is their saving grace and will continue to propel them to greater heights. 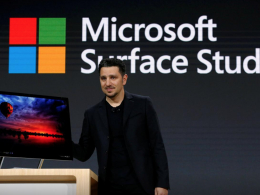 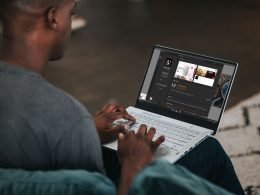 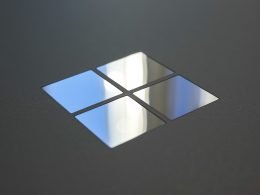 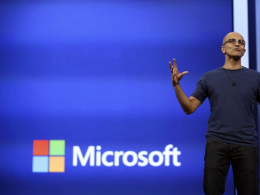