IoT enables physical devices like appliances, homes, and even cars to communicate with each other without the need for human intervention.

The world of automation is getting bigger and bigger every day. By the end of next year, more than 63 million homes in the United States will qualify as “smart,” according to Berg Insight. A decade from now, experts think that the average homeowner will have the ability to turn on their lights, heat up their meals, and clean their homes using voice control.

This is all thanks to the Internet of Things. While many people have heard the phrase before, they don’t really know its meaning or how it works. Now, IoT is defined as a “system of interrelated computing devices” that can “transfer data over a network” on their own. Essentially, it’s a network of devices that have the ability to communicate with each other.

But that doesn’t give us the complete picture.

How the Internet of Things Works

IoT integrates four components: sensors, connectivity, data processing, and user interface. This is the foundation of IoT, allowing it to do what it does best: creating actionable insights. Let’s see what each of these components does…

Sensors generate data by interpreting signals from either natural or man-made phenomena. This information can be captured in numerous ways through visual, auditory, or other sensory mechanisms. A simple example of a sensor is your phone’s camera. Though it’s not machine-based data generation, your phone can take a picture and send it to another device. In this case, it is a human sending the sensor generating data over a wireless network. In reality, most sensors aren’t as easy to use or produce as clean datasets, but with modern smart devices, that all changes.

For IoT, connectivity is equally important to sensors. This piece of the equation plays a crucial role in how devices can communicate with one another. Connectivity can take on numerous forms ranging from wireless radio frequencies (RF) like Bluetooth or cellular data to infrared signals that connect to other devices over very short distances. By cross-connecting devices, IoT can make our lives much easier. Motorized blinds for IOT modern homes, for instance, allow the owner to have complete light control in their home without wasting time going around the house and lowering the blinds physically.

Data processing is the third component of IoT. Now, all data collected through sensors are analyzed for patterns and trends to produce meaningful insights about the world around us. This is one area where machine learning can play an important role by allowing computers to self-learn from data patterns without being programmed. It’s a critical part of IoT since it allows all the data collected by sensors to have a purpose and be helpful.

For data analysis to happen, there needs to be a way for machines to communicate. The final piece of the puzzle is the user interface, enabling us as consumers to interact with these interconnected devices. Examples of user interface range from touchscreens on smart thermostats to voice assistants like Amazon Alexa. From a technical standpoint, UI is the piece that ties everything together because it enables other components to function by providing inputs and outputs.

At its core, IoT is about bridging the gap between physical and virtual worlds to make them better. It enables physical devices like appliances, homes, and even cars to communicate with each other without the need for human intervention. This helps us define new modes of interaction beyond traditional user interfaces like keyboards or touchscreens.

The four components that make up IoT are constantly evolving at breakneck speeds, which is why the technology has been changing so rapidly over the past several years. However, no matter how much they improve, it’s essential to understand what IoT is and why it matters before harnessing its power. 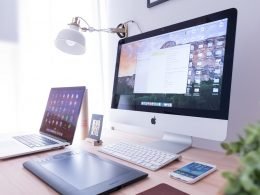 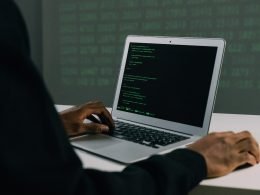 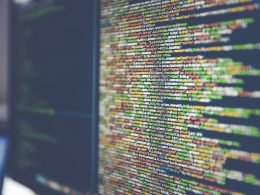 How Big Data Can Shape Your SEO Strategy

Using big data in your SEO strategy will help you be proactive instead of reactive to changes that are happening on SERPs.
byKirstin Leigh 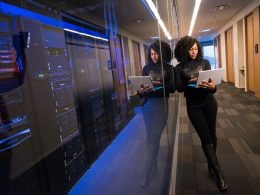 technology has had the most phenomenally positive impact on modern businesses of all natures, shapes, and sizes.
byKirstin Leigh